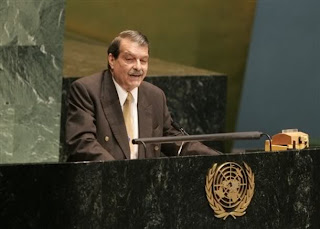 Pedro J. Nuñez Mosquera was appointed Ambassador of Cuba to the United Nations on September 11, 2009.

From 2004 until his new appointment, Núnez Mosquera was Ambassador to Brazil. He served as Deputy Minister for Foreign Affairs between 2000 and 2003, and was Director of the Foreign Ministry’s Division for Latin America and the Caribbean from 1998 to 2000. In a previous posting to New York, Núnez Mosquera served as Deputy Permanent Representative to the United Nations from 1995 to 1998. He was Ambassador to Zimbabwe in 1994 and 1995; accredited also to Botswana and Mauritius.

Between 1992 and 1994, Núnez Mosquera was Director of the Foreign Ministry’s Multilateral Affairs Division, and served as Deputy Director of the Non-Aligned Countries Division from 1989 to 1992. His earliest experiences with the United Nations were as a Counsellor in New York from 1986 to 1988, and as Second and then First Secretary in Geneva from 1981 to 1986. He joined the Foreign Ministry in 1975, and worked in the International Organizations Division there until 1981.

He was born in Santiago de Cuba in 1951, is married and has three daughters.
Contact Information 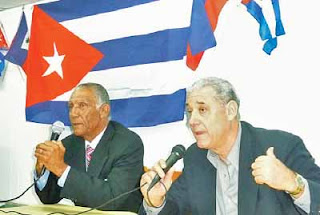